Mindstorms Strider with a Higher Mounting for the EV3 Brick 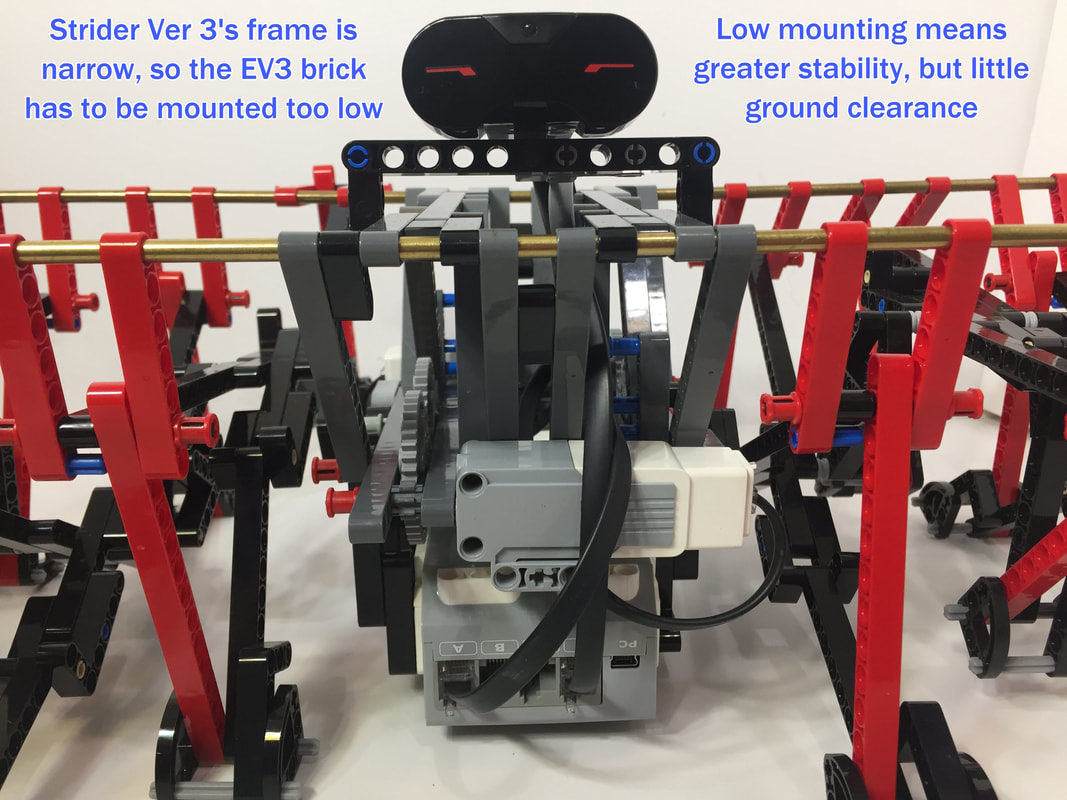 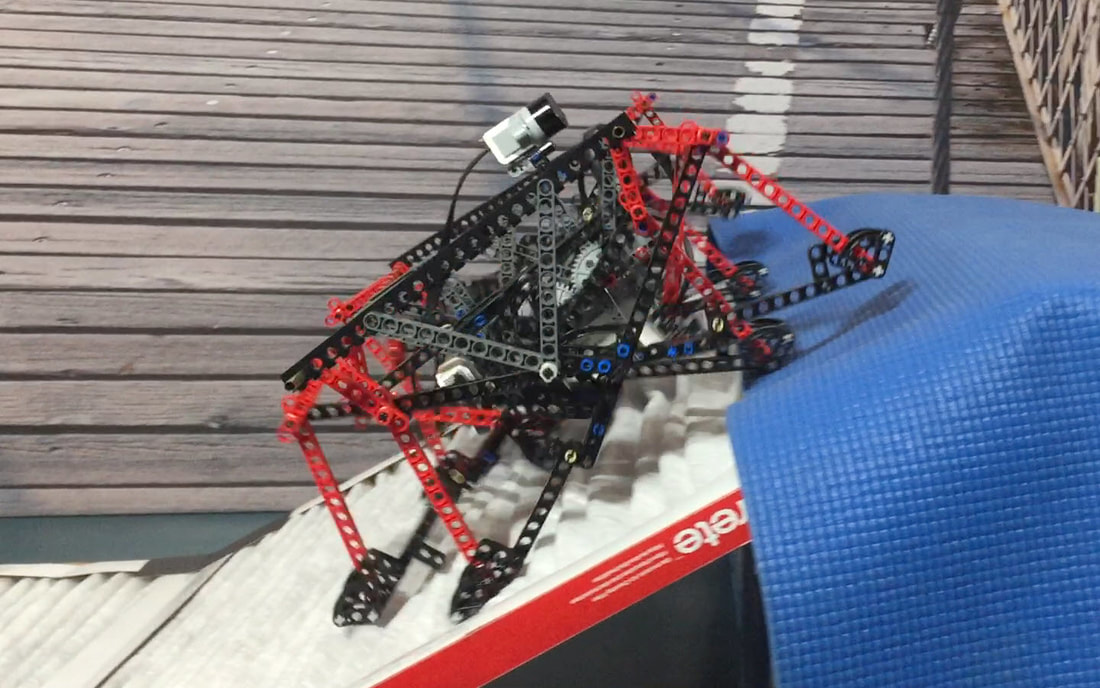 Mindstorms Strider with the EV3 Brick Mounted Higher
This modification of Strider Ver 3's frame allows the EV3 brick to be mounted 2 holes higher.  The resulting center of gravity is still low enough for good climbing performance, and the robot's width only had to be increased by 2 LEGO holes, which seems like a good trade-off.  Below is a comparison of Strider's climbing performance with and without the modification. 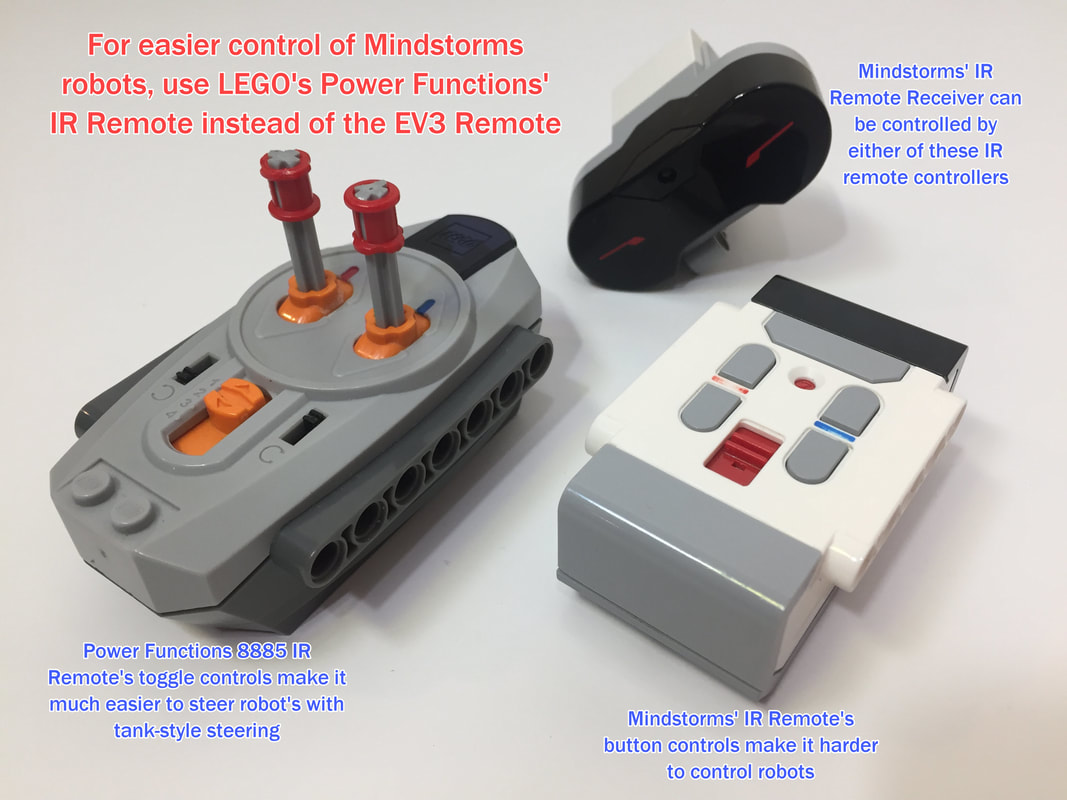 Here are the changes required:
1. the length of the metal support rods should be increased from 20 to 21 inches for 12-leg Striders, and from 15 to 16 inches for 8-leg Striders
2. the space between the 2 sides of the frame needs to be increased by 2 holes, with a stack of 3 beams used to space the frame sides
3. the frame's 4 vertical beams need to be switched from 11-hole beams to 9-hole beams
4. the parts that are used to mount the EV3 brick under the frame need to be changed, which are shown in the following instructions 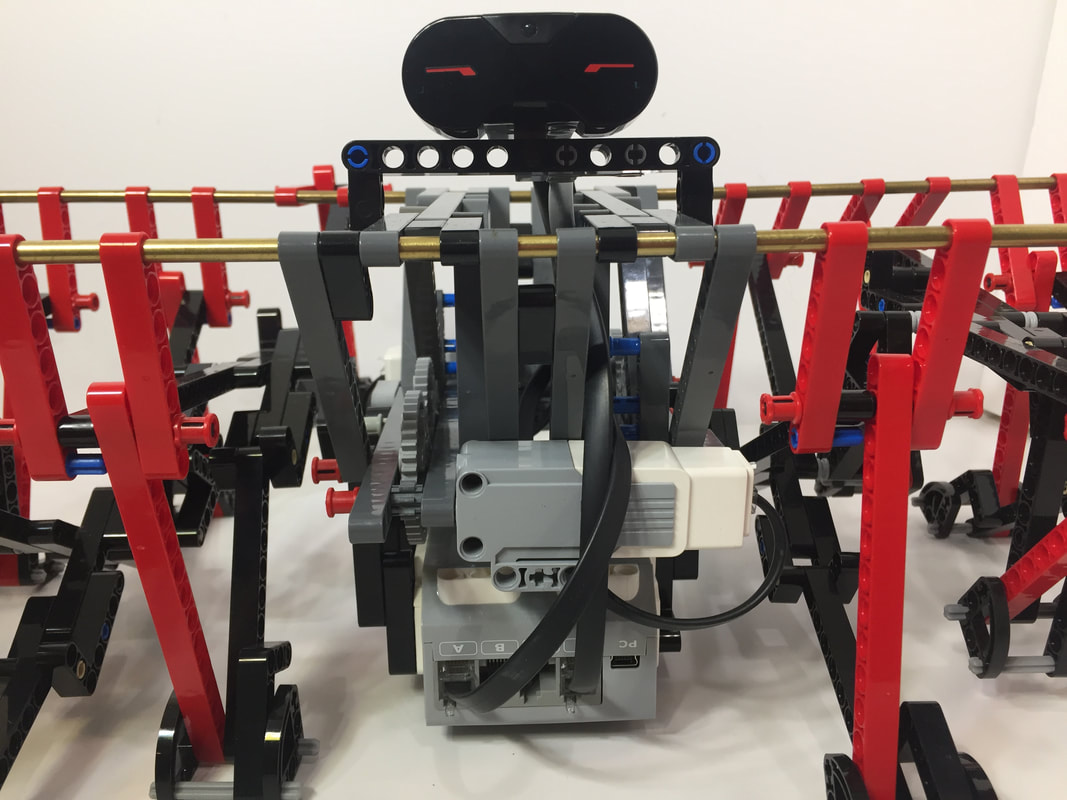 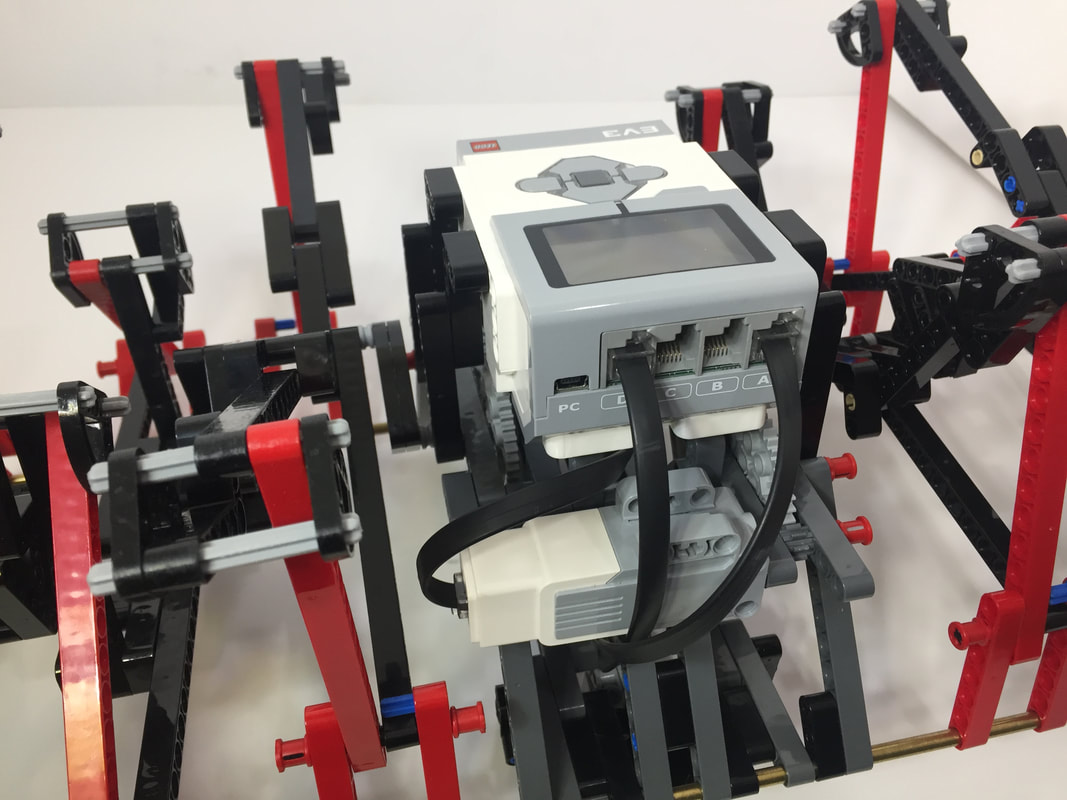 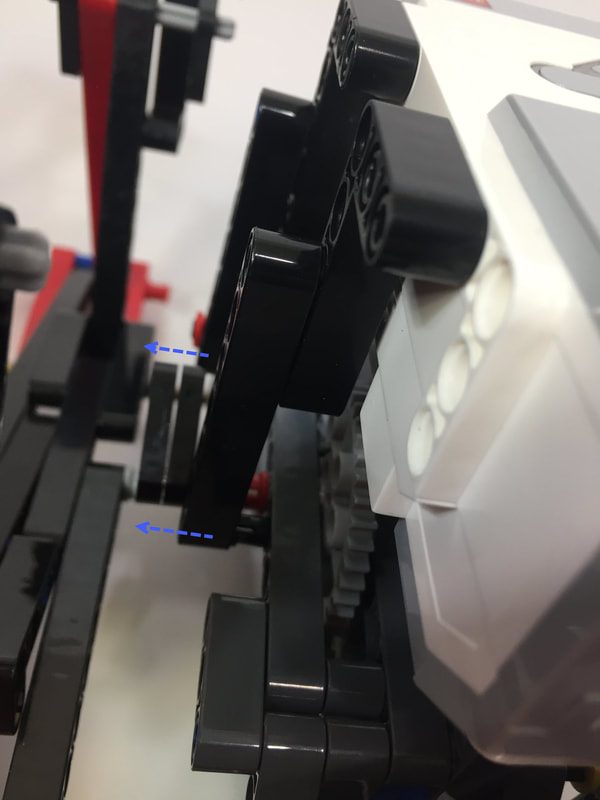 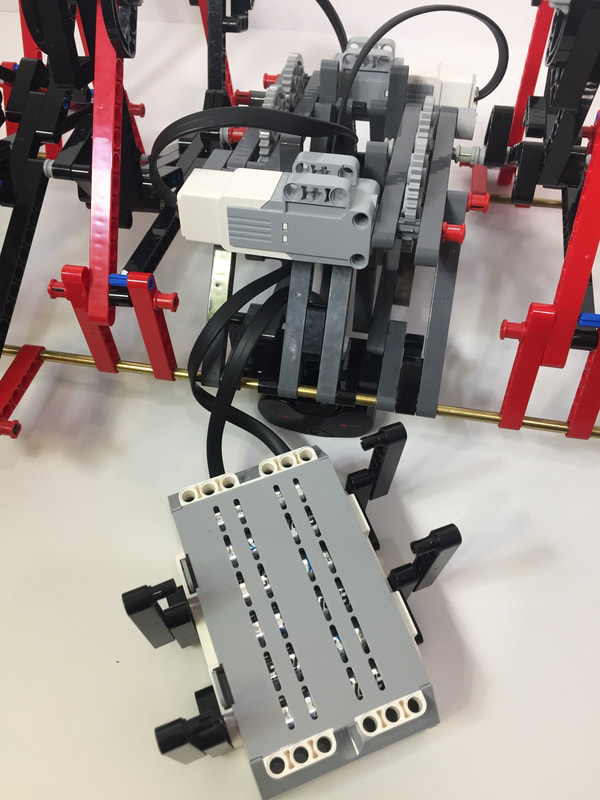 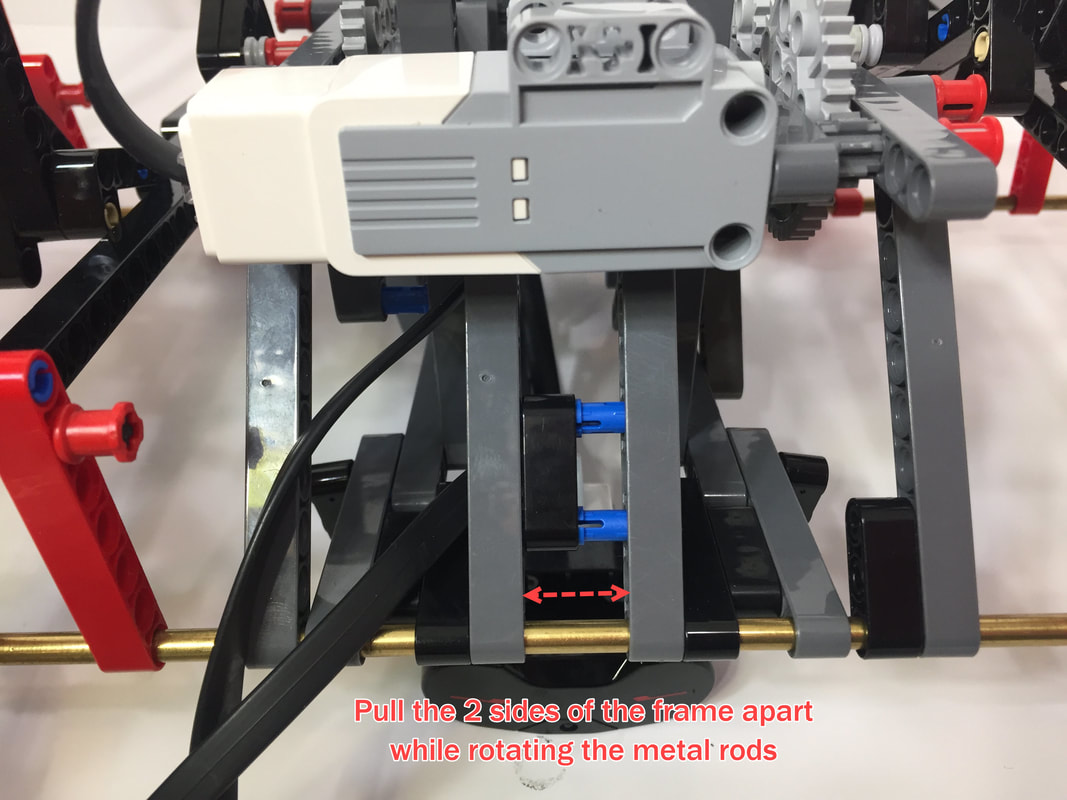 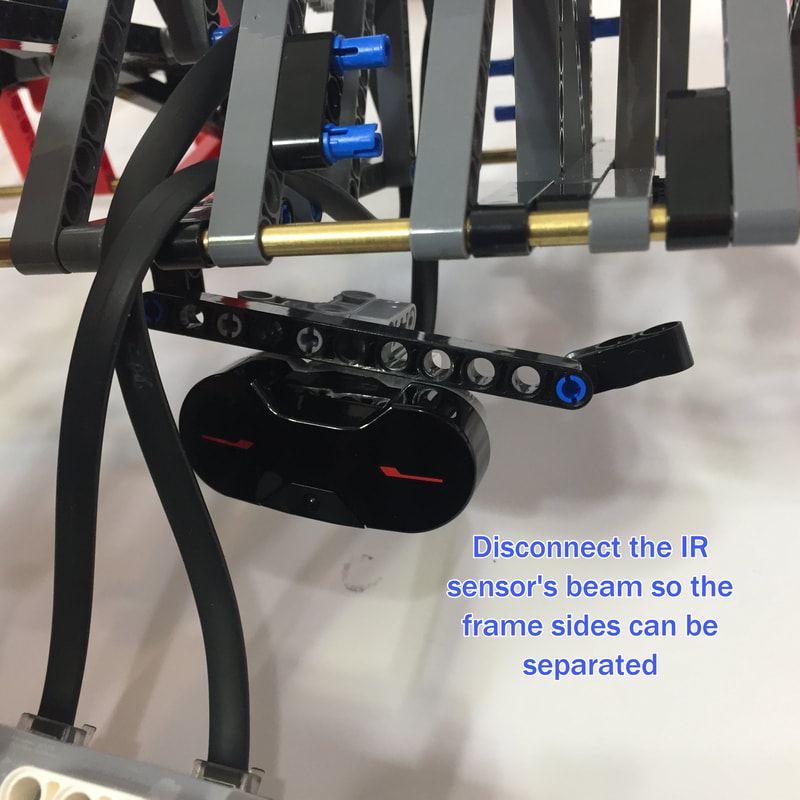 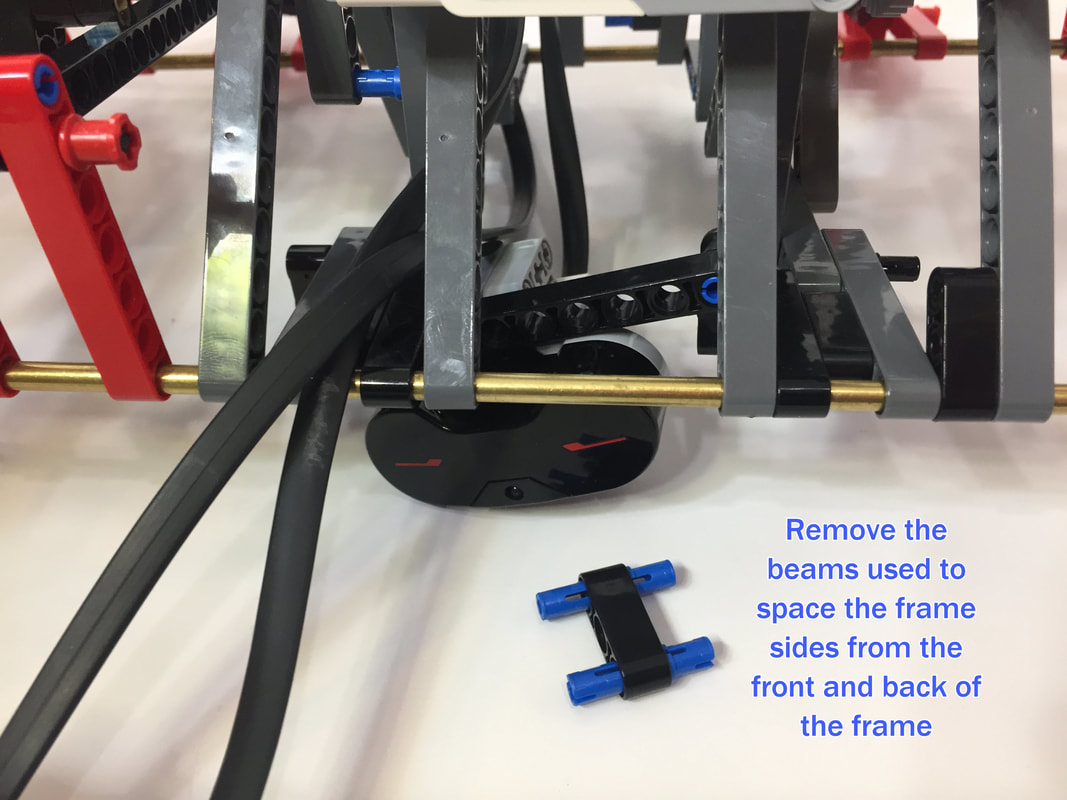 Build 2 of the following frame spacers: 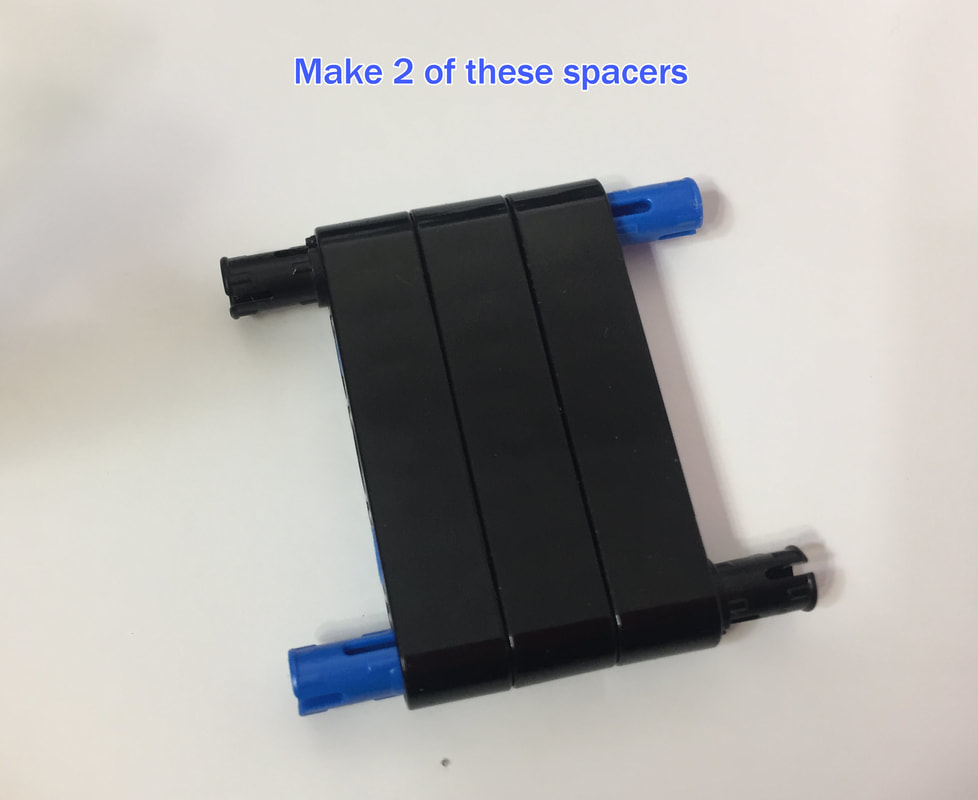 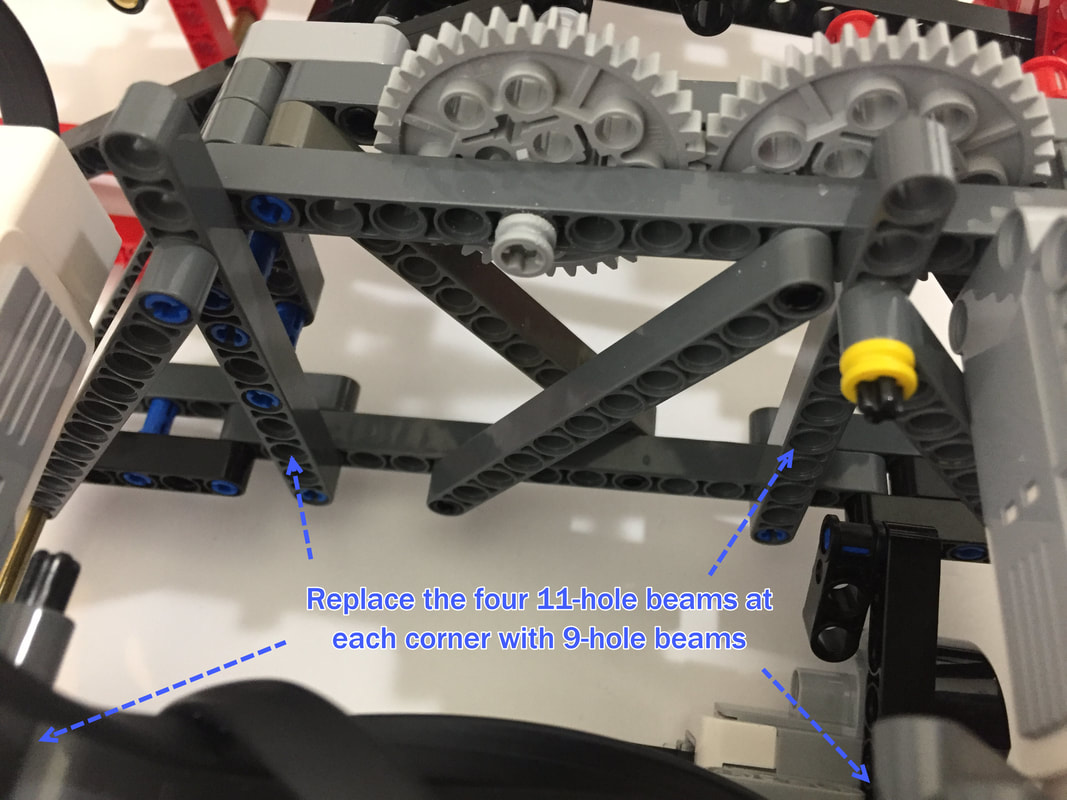 Before replacing the 11-hole beams you'll need to disconnect the diagonal beams: 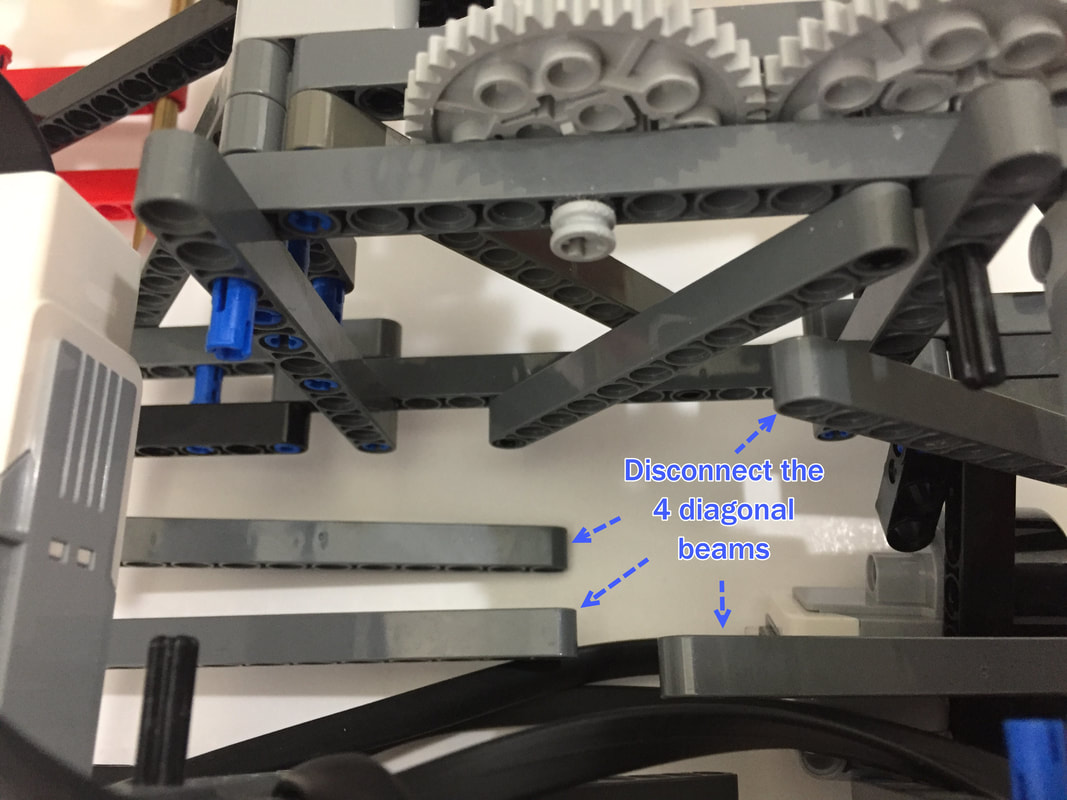 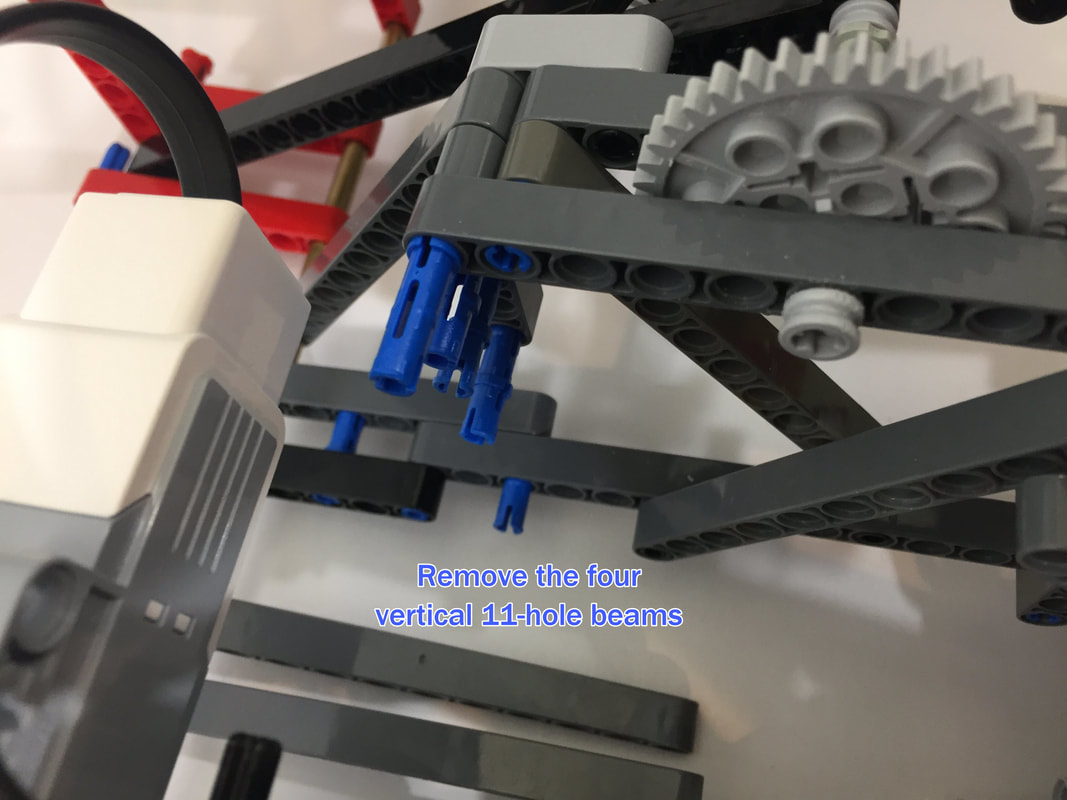 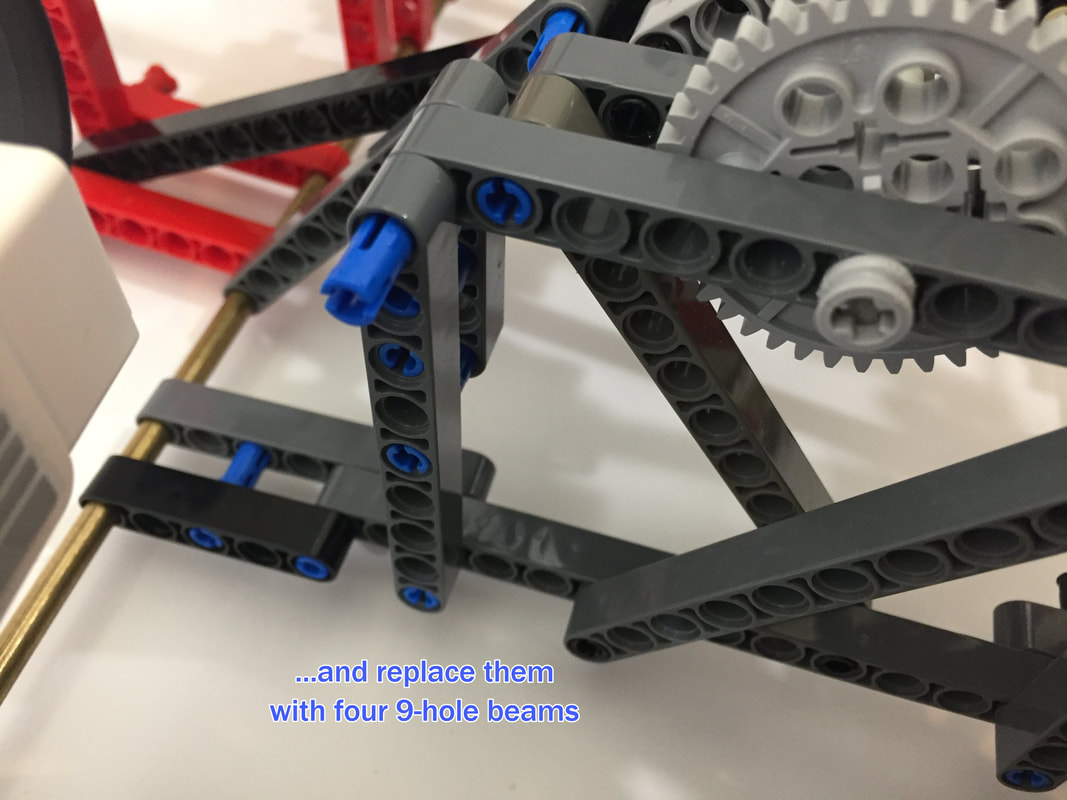 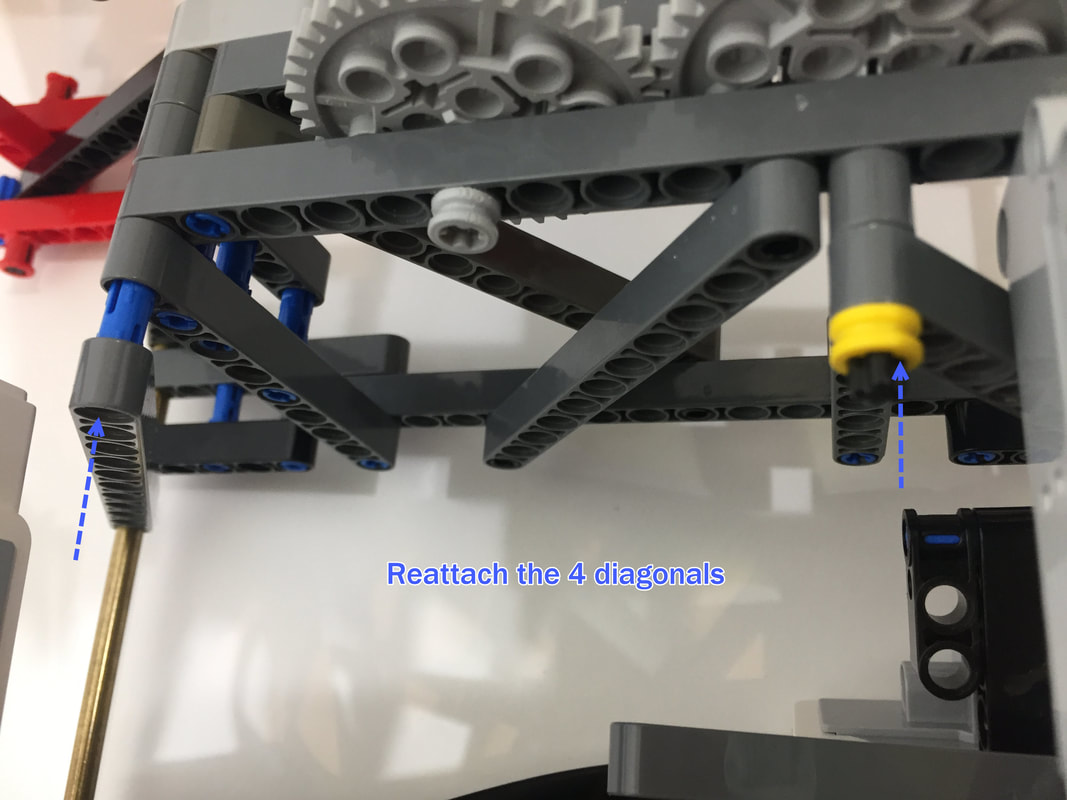 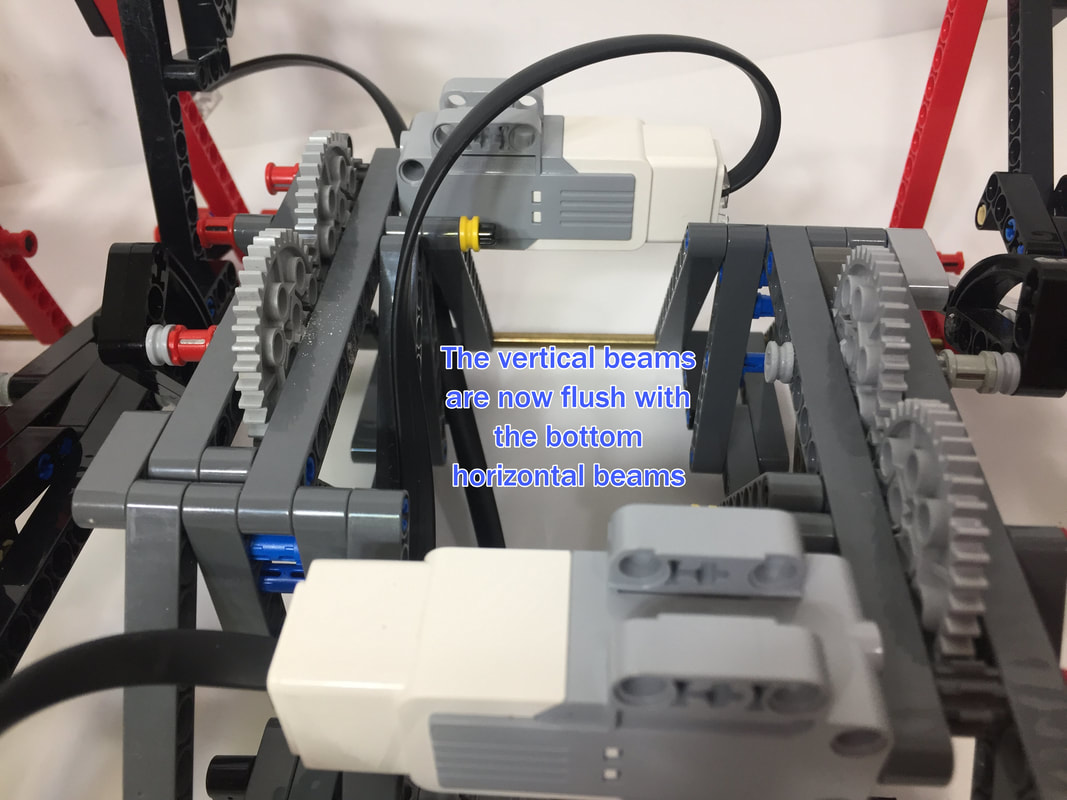 ​Then attach the two 3-beam spacers to the front and back diagonals: 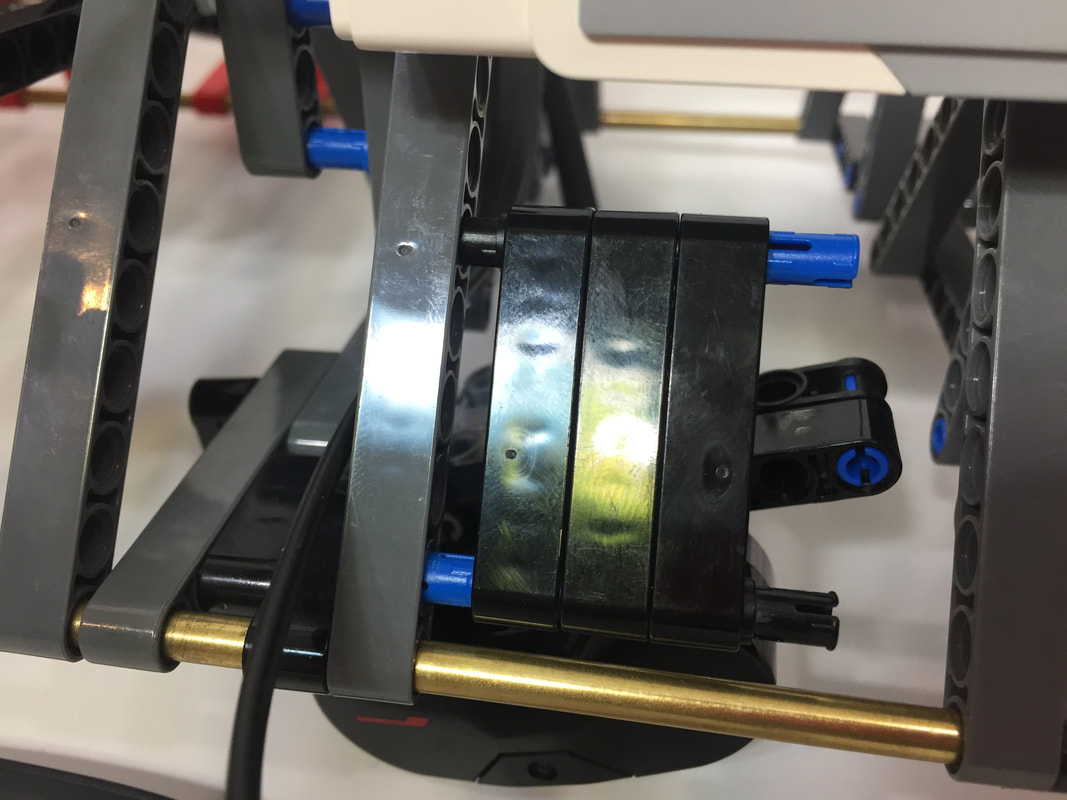 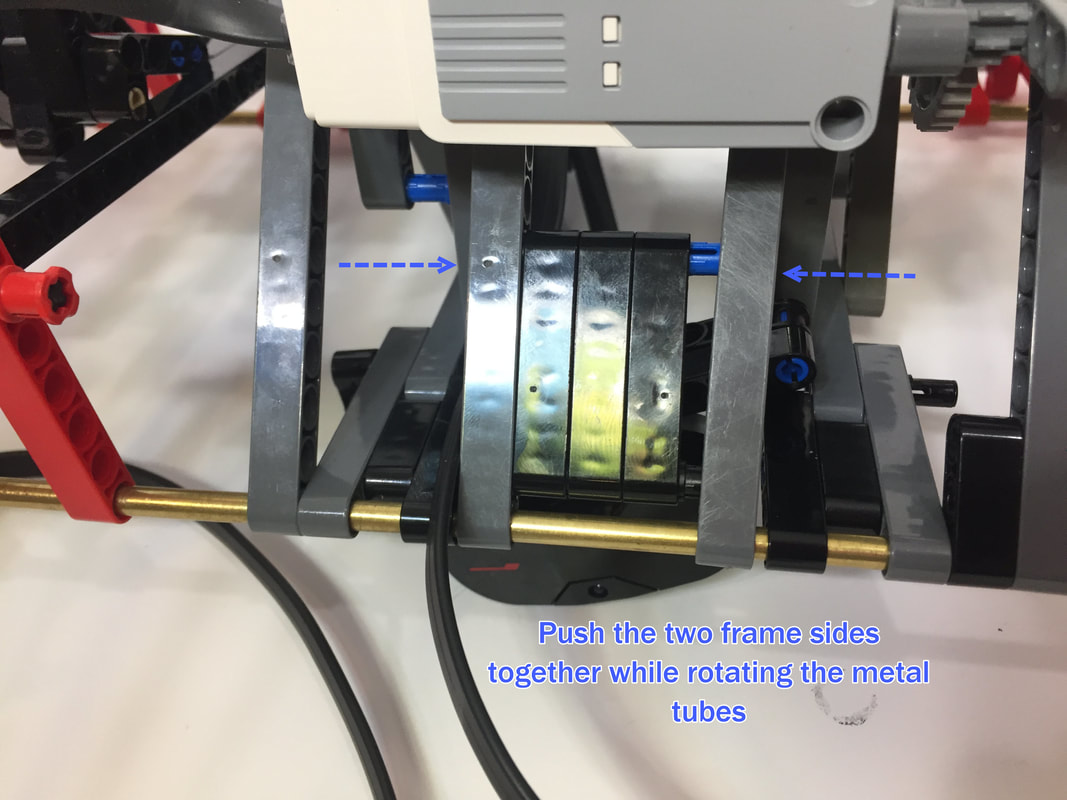 ​Then, remove the parts from the EV3 brick: 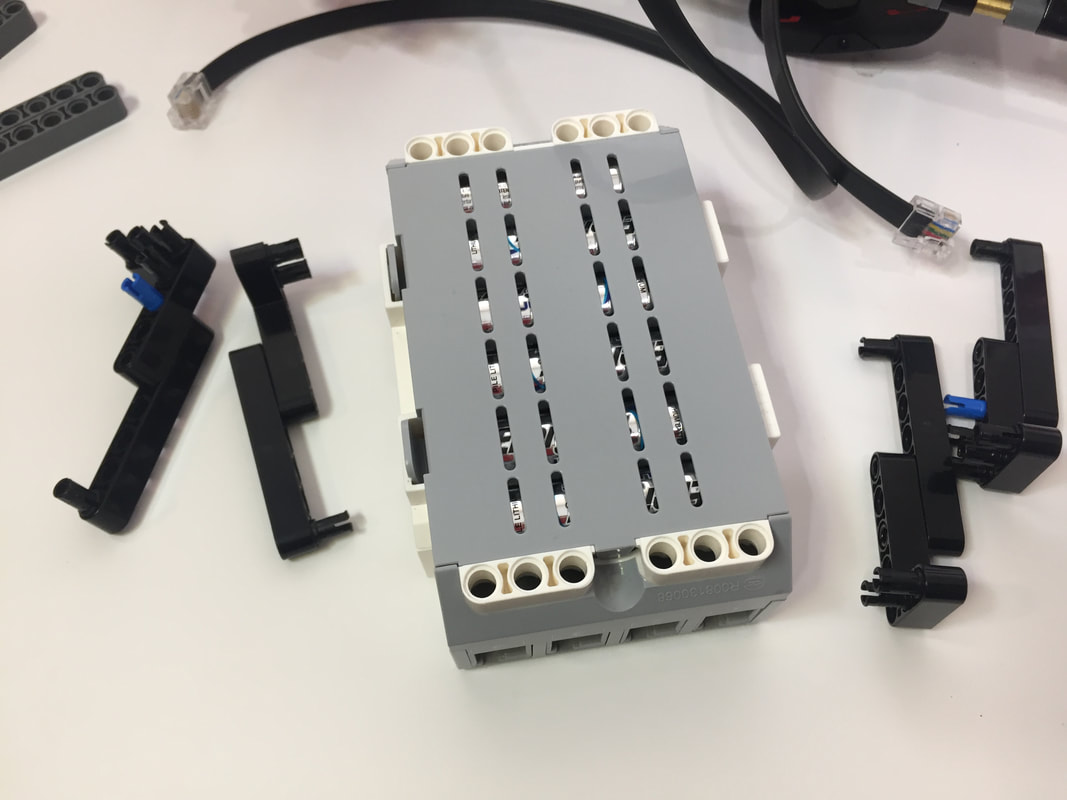 And replace with the below parts: 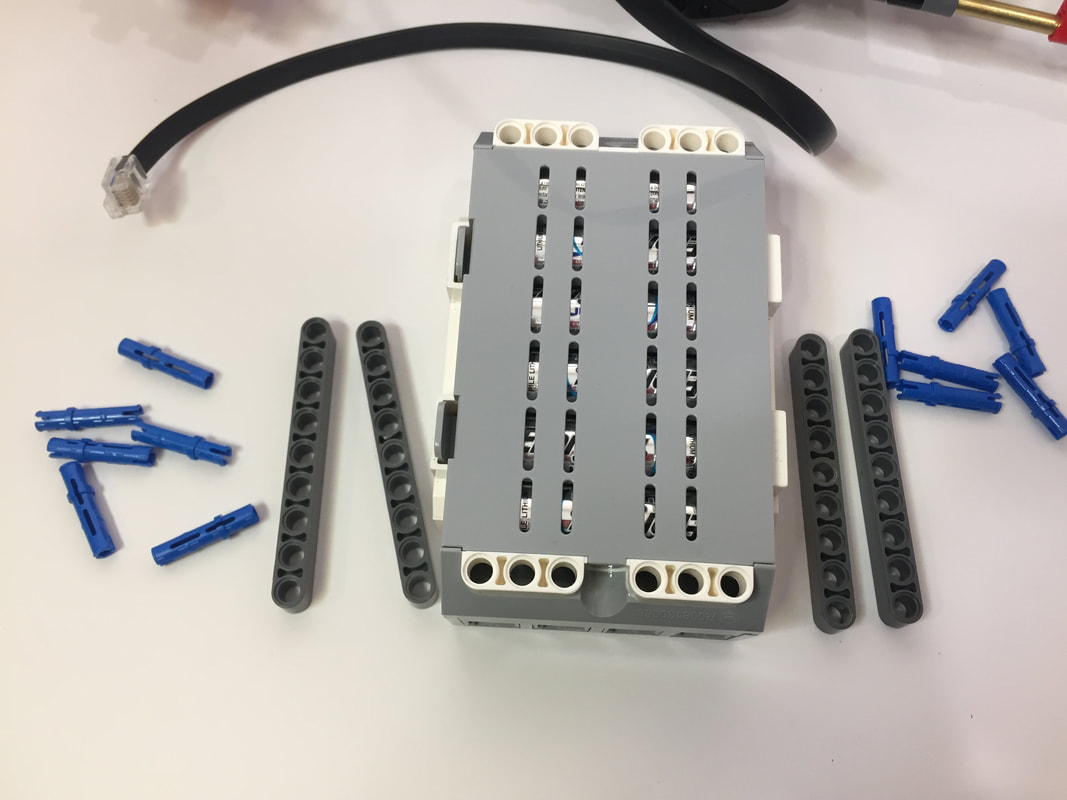 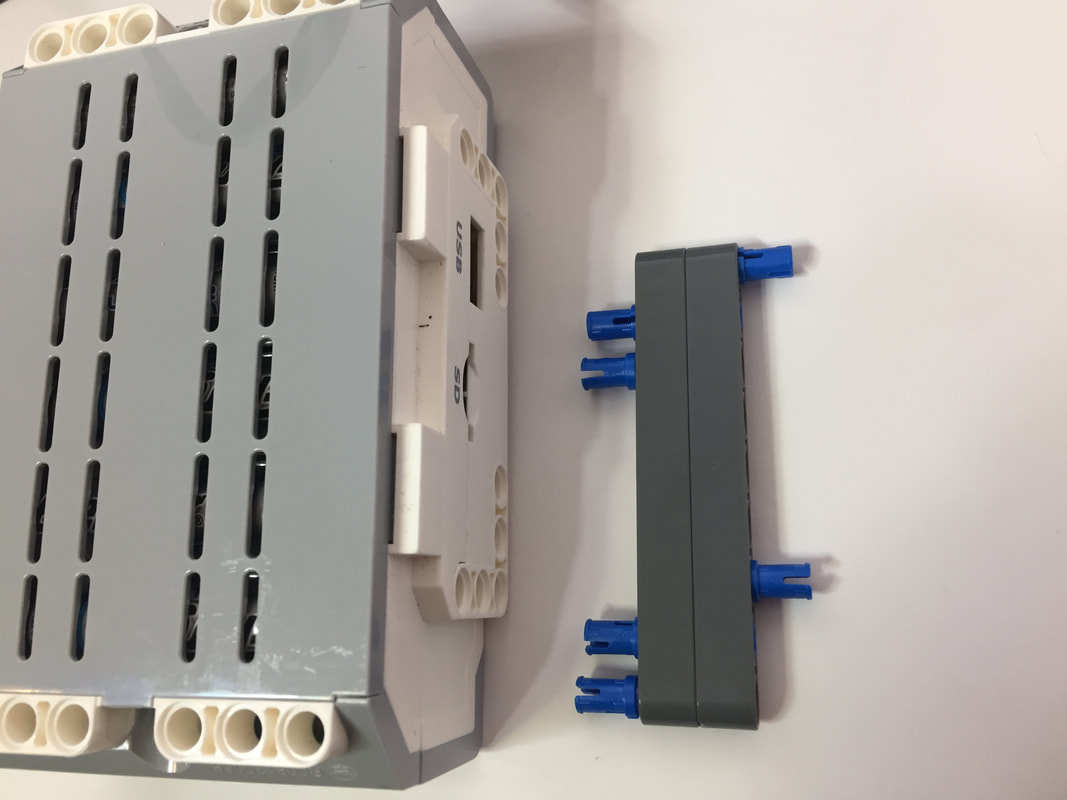 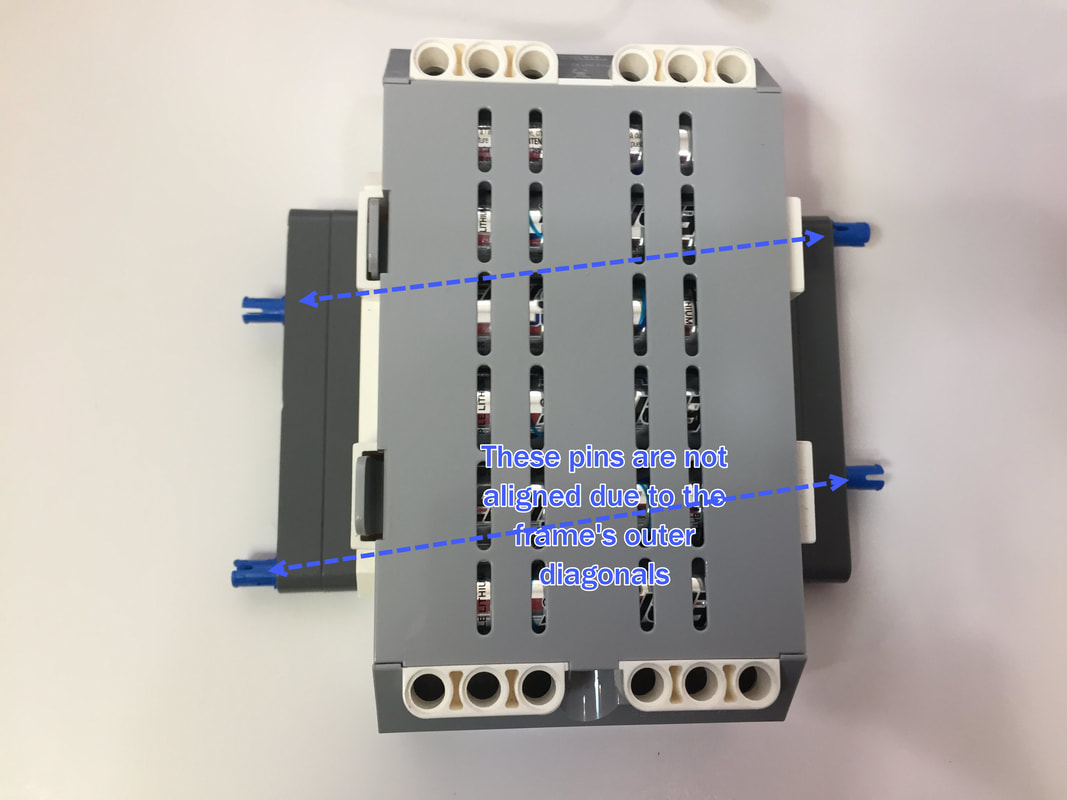 The wider frame allows the brick to be mounted between each side's gears: 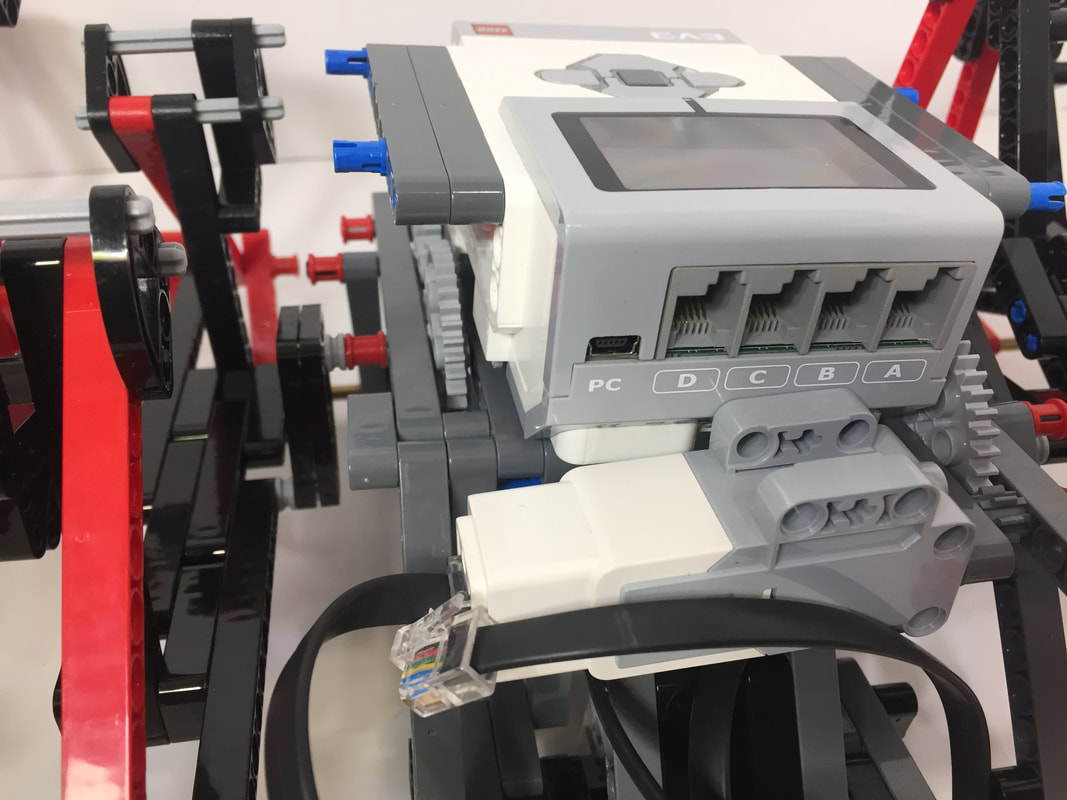 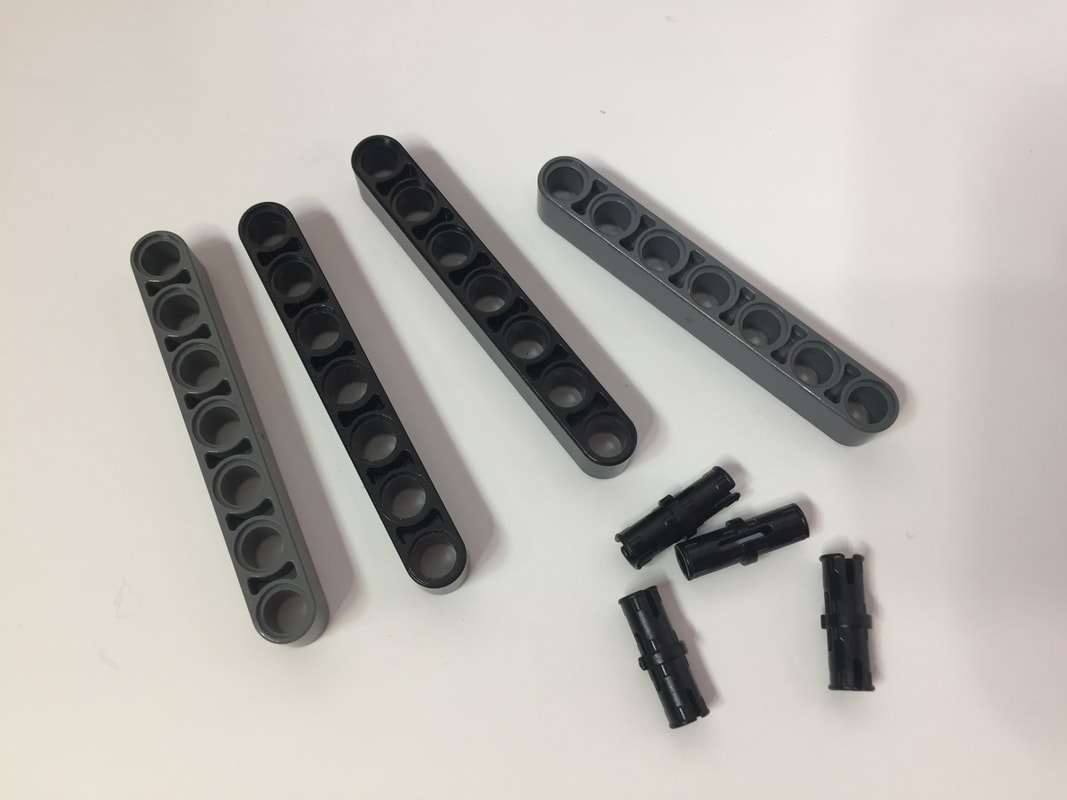 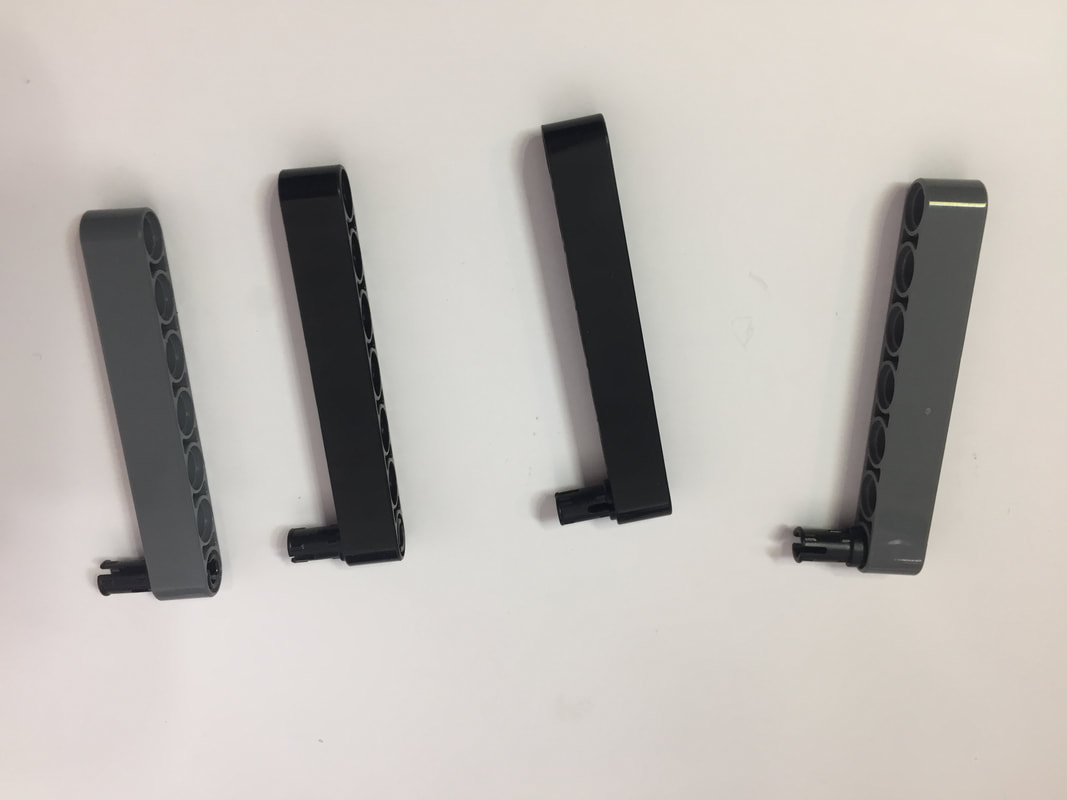 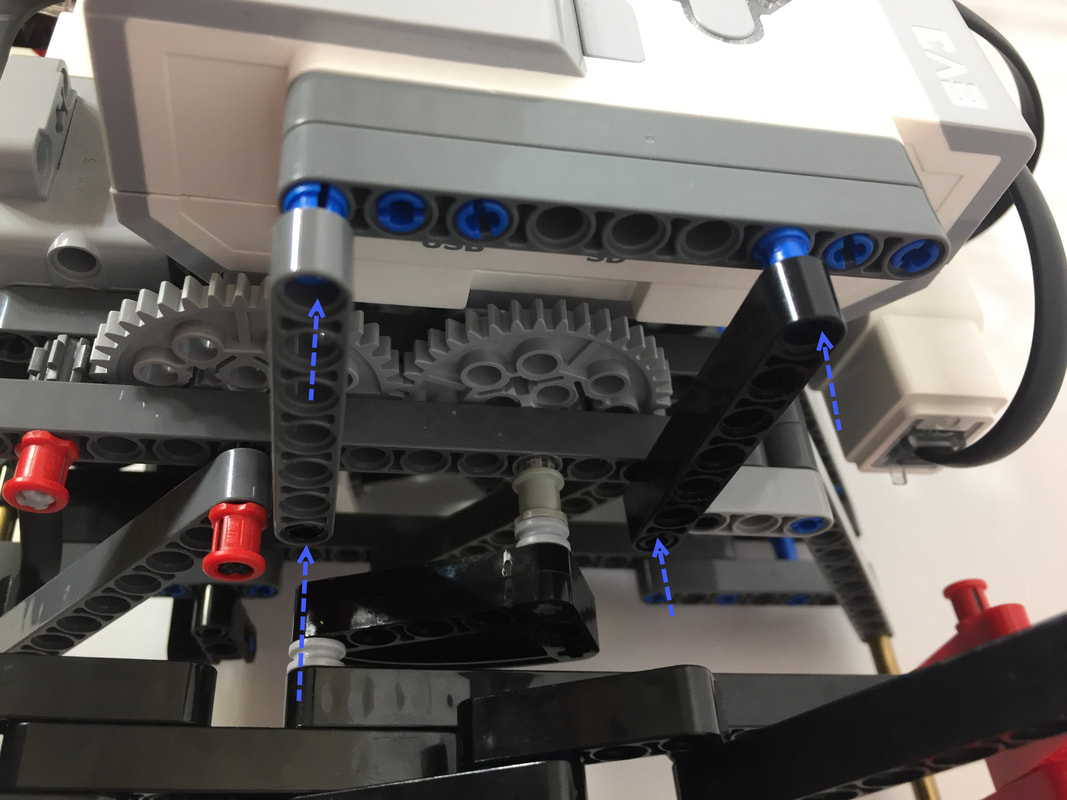 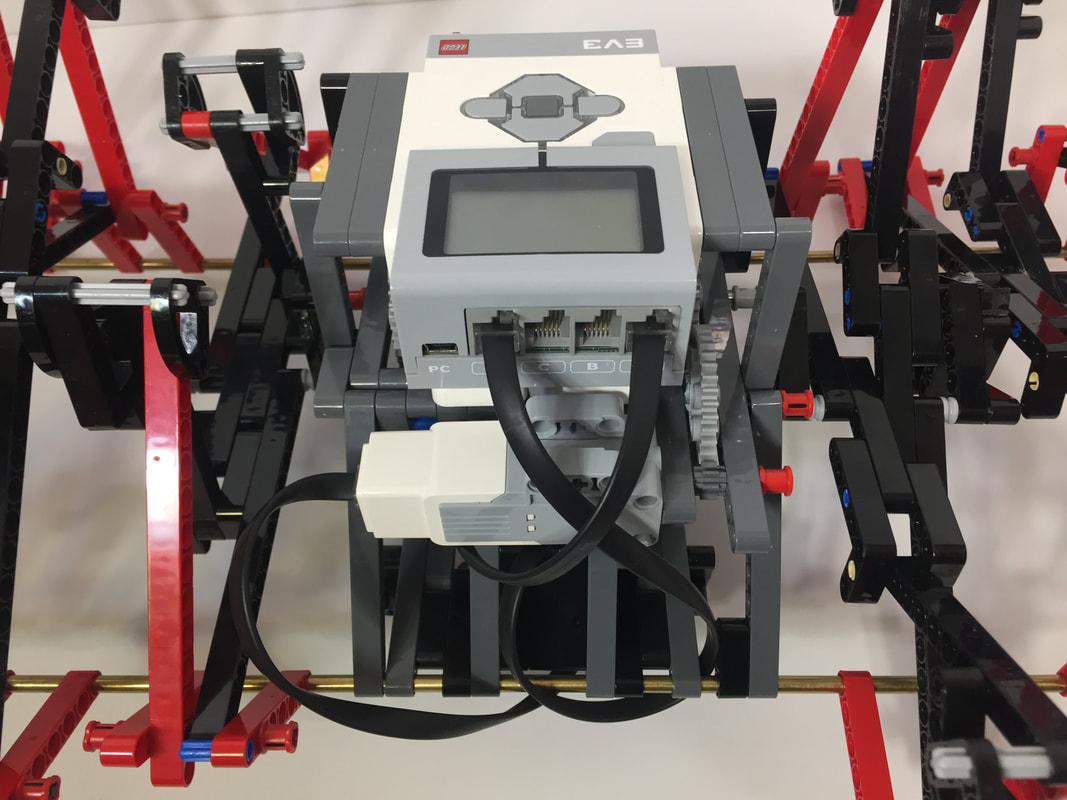 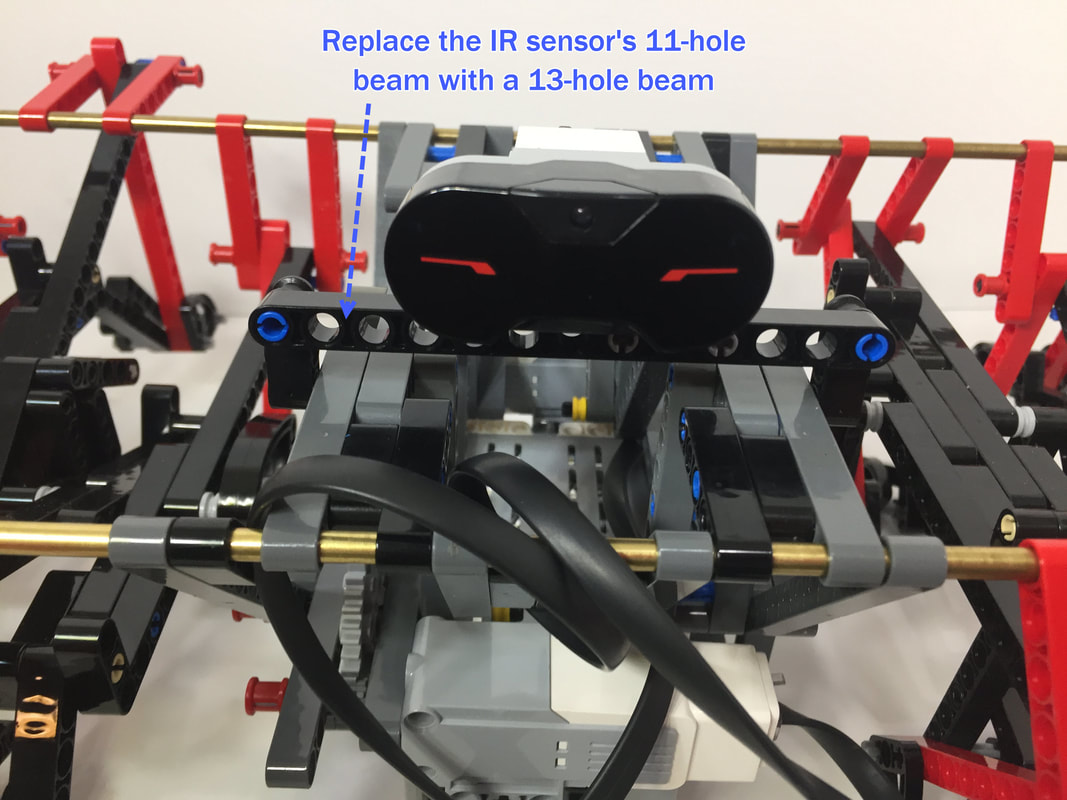 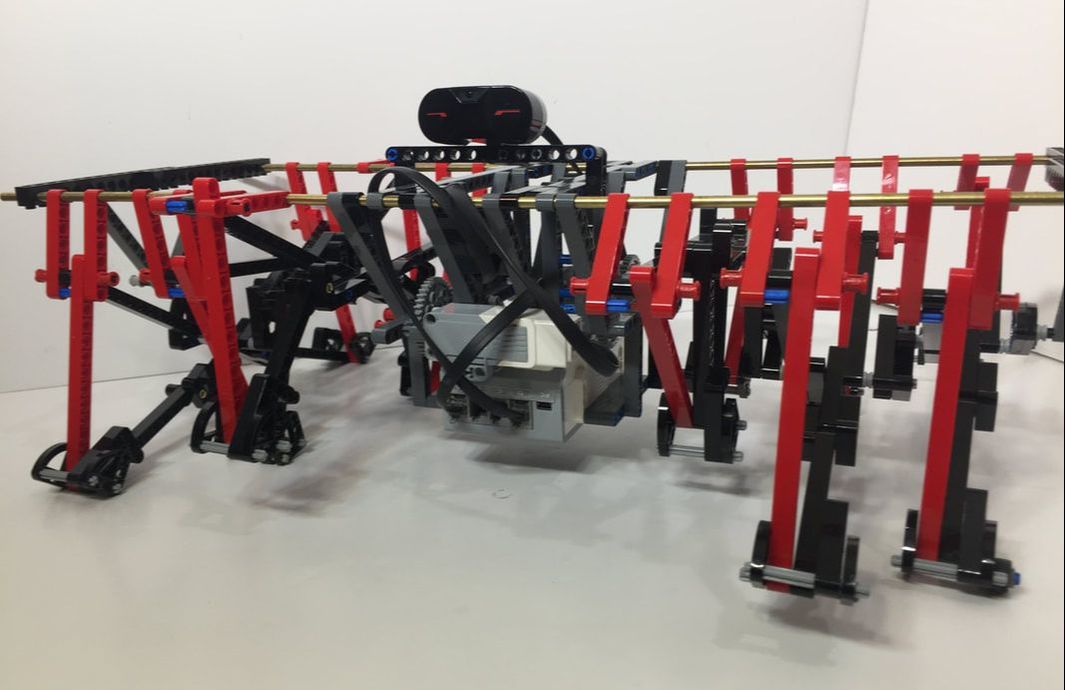