Mechanical walkers can be a good but challenging introduction to some fundamental principles of robotics, like mechanical and structural engineering, kinematics, design, bio-mimicry, programming and optimization, and, trust us, problem solving, making them good candidates for capstone projects since they incorporate so many disciplines.  They can be both beguiling, and frustrating - especially when scaling up - since many of the solved-problems of walking, or of wheeled vehicles, solved-problems that we may not even be aware of, can rear their challenging heads.  This "don't know what we don't know" issue is one of the reasons that prototyping at small scales coupled with a lot of critical testing is imperative before attempting a scale up!
​
Now that we've hopefully caused you to reconsider your plans for building a full-scale, ride-able walking tank, let us say that building walkers at LEGO-scale with the support of building instructions is not nearly so hard.  But even building LEGO walkers requires care, since walkers have so many linked components, and hence so many single points of failure.   Also, in order for students to get the most out of building walkers, they should understand the reasoning behind designs as opposed to methodically following instructions without reflection.  So, in addition to instructions, we've included some experiments and observations on Walker ABCs and our Blog to try to provide some deeper understanding.  Of course, your deepest understanding will come when you create and build your own designs, so we've also provided you with some interactive simulators to modify mechanisms, along with sample code to help with creating new mechanisms, and we're looking forward to seeing what you create! 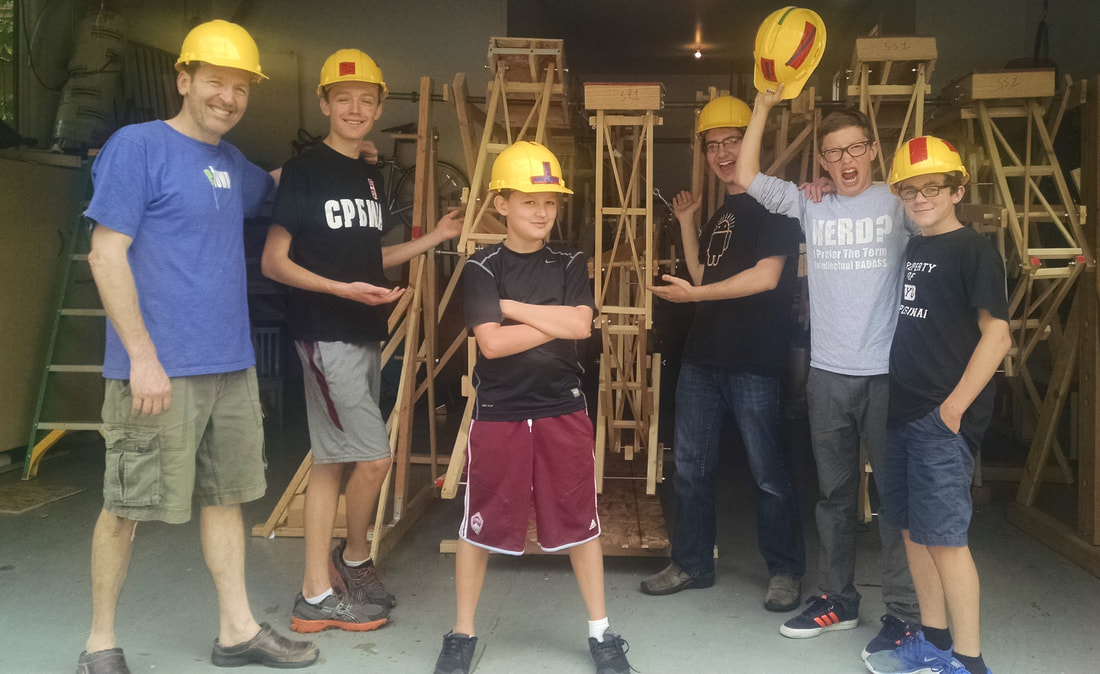 ​
​Gareth Branwyn's 11 Rules for Roboticists
" 1. A roboticist is a generalist, a systems thinker.
One of the things that attracts a lot of people (me, for one) to robotics is that it involves the orchestration of many different disciplines. There are, obviously, specialists in the field — those who work only on AI control architectures, or robot locomotion, or whatever — but even they must keep the entire machine in mind. Most people who work in the field, and certainly all amateurs, have to have at least basic skills in numerous disciplines. As you get more into robotics, you’ll also find yourself spending a lot of time looking at humans and animals trying to figure out how they work. Oddly, trying to construct machine “creatures” gives one an even greater appreciation for the heavenly designs of nature, which brings us to…"
​
Read Gareth's next 10 rules in his Makezine article.
​
​"In my opinion, there's a lot going for the 'mechanical' world, albeit anachronistic in this day and age of electronics and computers.  The mechanical problems arise particularly when scaling up - vibration, heavy weight, material costs, etc.  It is far easier to 'fine tune' a design in compensating programming.  However, I've also seen code where, most likely due to a lack of fundamental understanding of the basic principles, spent more time compensating for an initial bad design than getting the real job done. There's a lot to be said for simplicity and parsimony."

Reuben Hoggett, creator of the Cybernetic Zoo, commenting on our TrotBot scaleup attempt
​
​Four Leg Mechanisms
​Currently, DIYwalkers has robot building instructions using these four walking mechanisms:
1.  TrotBot:  TrotBot's linkage was originally developed for this LEGO walking robots class, with design goals of a life-like gait that mimics a galloping horse, along with the ability to walk on rugged terrain.
2.  Klann's Mechanical Spider:  Joe Klann's robust linkage can scale, as indicated by it being used in famous walkers like the Mondo Spider and the 14,000 pound Walking Beast!
3.  Theo Jansen's Strandbeest:  Considering that you found this website, Theo's amazingly life-like and beautiful creation probably doesn't need an introduction.
4.  Strider:  Strider's linkage was originally developed for the same LEGO walking robots class as TrotBot's,  While not as life-like as the other mechanisms, tests indicate that it is the most efficient.  It can also handle rugged terrain, and load-bearing tests show it to be robust.
​Walkers seem to appeal to all ages, including younger students like those I met in this STEM class:
​And here's a video of a few variations of LEGO TrotBots stomping around Moab, UT, which I made back in the summer of 2016 when I was trying to dial-in a robust version to share on DIYwalkers.   Hopefully it will have the desired effect of inspiring you or your students to build walkers!
​Speaking of inspiration, I would like to thank Theo Jansen and Joe Klann for getting me interested in walkers, Chris Anderson for his example of the value of sharing ideas with DIY Drones, Reuben Hoggett for amassing much of the history of mechanical walkers on his site cyberneticzoo, and finally, my Dad, who encouraged us to take on the crazy project of scaling up TrotBot in the first place!
Thank you!
​Ben